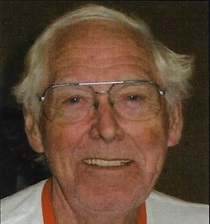 Albert Norris Densmore, 90, of St. Pauls died Sunday October 15, 2017. He was born in Portland, Maine July 27, 1927 to the late George and Hazel Speight Densmore. Known as a “cabinetmaker to the stars”, he was a Custom Cabinetmaker crafting fine cabinets and furniture for people from Maine to California to Florida, including Buddy Epson and Richard M. Nixon. He made custom cabinets for many of the homes in St. Pauls and the surrounding area. He was known as a talented perfectionist and if he didn’t think something was done quite right, he’d tear it out and start again. Preceded in death by his brother, Stanley Densmore and sister, Claire D. Perry, he is survived by his wife, Patricia Densmore; daughters, Victoria Densmore, Nora D. Hall and her husband Terry, and Beth Porreco and her husband Peter; sons, Bryan Albert Densmore and his wife Beverly, John Karshner, and Christopher Karshner and his wife Aletta; sisters, Evelyn Smith and Bernice Greene; 7 grandchildren and numerous great grandchildren. A Visitation is scheduled for Friday October 20, 2017 from 10:00 AM to 11:00 AM at St. Pauls United Methodist Church with a Memorial Service in the church following at 11:00 AM with the Reverend Bruce Skipper officiating. Burial will follow in Gardens of Faith cemetery. Arrangements by McNeill Mackie Funeral Home.

To order memorial trees or send flowers to the family in memory of Albert Densmore, please visit our flower store.